From cinema graduate, to animator, to self-taught VR experience developer, Bracey Smith is drawing the new lines that are defining emerging VR user experiences at The Glimpse Group. For one, it’s not called a user experience because people aren’t users, they’re people. Secondly- well, Bracey shared his take on what AR and VR look like from his unparalleled perspective in this interview.

Selena Jammaz: Can you give us some background about your education and start of your career?

Bracey Smith: I went to Binghamton University for cinema. Out of there, I became an editor for a software training company, and there I learned how to become an animator. Then I moved from being an animator into leaning into being a director for film for video projects. I directed and produced a TV series called Pioneer One. From there, I moved back into animation where I created a short film, and then I kind of settled into being a family man, taking on a job as a senior producer, like Head of Marketing, animation and stuff like that for an online nutrition school. Then I learned about virtual reality and how it was about to come out, and how that was about to be a new industry. I felt like that’s obviously the future, I’ve gotta be part of that.

So I started to make moves, to teach myself how to how to be part of the industry. I started teaching myself what I felt like I needed to know to be productive, make experiences, understand the hardware, build hardware, and try to get a holistic view of what it would take to make something successful in virtual reality. And that brought me all the way to creating just different VR experiences. Some are successful, some were not. And that led me to Glimpse. Wow, five years later.

Selena Jammaz: You said that when you learned about the AR and VR industry, you immediately realized it’s potential and started shifting your work to fit into that industry. How did you first come in contact in VR that made you realize you should be part of it?

Bracey Smith: I’ve always been interested in what’s the new tech coming out and what’s being developed, and back in 2014, I had heard murmurs of, of Oculus and that they had actually come up with viable solution for VR. Trying to get it under a certain latency and that they were close, and that they had succeeded. I think once they were bought by Facebook, it was just like, “Well, obviously, this is happening.” If Facebook was willing to drop $2 billion, the investment is real, which means that someone is going to bear the cost of the innovation. 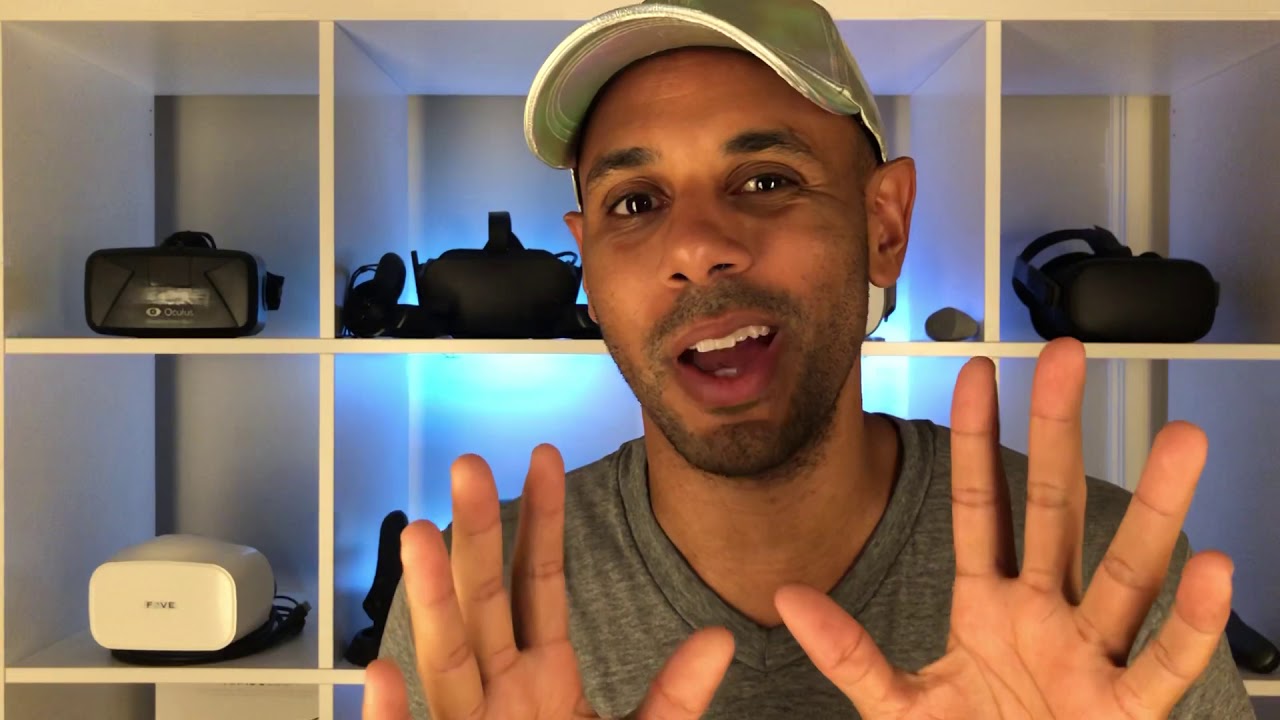 Selena Jammaz: What’s the difference between UI on its own and UI for virtual reality?

Bracey Smith: The tech industry is the only one to refer to their customers as users. And the drug industry. That is that does that as well. I think it is problematic because it dehumanizes what we are building. We’re not thinking of them as people. We’re thinking of them as users first. So I’d just like to say that because it’s now moving into VR. I like to think of people as experiences or people, so I’m thinking of it like “experience” or “interaction” or “interface”. So EI instead of UI.

But UI in general is you are interacting with to move through whatever system that you’re navigating to, to go to an application. Most people think of UI, a user interface, as the buttons you hit, how those buttons look and how they function as they move you throughout that system. Since you’ve added more dimensions moving into virtual reality, you’re literally shifting from a two-dimensional two-dimensional experience to a three dimensional experience. Then you have to start thinking about, “How does that extra dimension add to the complexity of your interactions?”

You have to deal with the inaccuracy of hands floating in space, and thinking through the psychology of what do people do when they actually move into a three dimensional space. You have to start thinking about the space more like an interior designer or Fung Shui designers. Understanding what space does to somebody. It’s  all just thinking of how these things connect holistically.

Selena Jammaz: You said that you worked a lot on self-improvement to move intot he AR/VR industry. How did you do that? Did you take courses? Did you watch YouTube videos?

Bracey Smith: I thought that I was just going to step right over with the skill set that I had, since I’d already been dealing with video animation. As soon as I came over and started getting into 360 cameras and stuff like that, I realized that I was quite bored.

I was connected to an art gallery in New York City, and I imagined it would be quite amazing to walk into this gallery, be able to put on a VR headset, and see archives of the showcases that I was never able to see. Not everyone was going to feel comfortable putting on the headset and getting into all the stuff. So that first pushed me to learn well, let’s solve the first problem, “I want to move around a gallery. How do I do that, and not be a gamer and not have to rely on a controller?”

I started to develop a controller that you could put on your foot that would ultimately move you around the space after learning about the vestibular system and how movement in VR, when it didn’t agree with how your body was moving, could get people nauseous. I moved into the hardware and started developing through YouTube, just wherever I could get my hand tutorials. Adafruit was a great resource when it came to the hardware.

Once I had a prototype of the hardware, I found that I needed experiences that would actually match with the hardware. I grabbed whatever I could, which was mostly Unity tutorials, grabbing projects offline and just starting to get dive in. Take snippets of code, paste them together and see how things worked. And over the course of a three to four years of trial and error and Swiss Cheese learning, I started to gain a better understanding of how to develop in the back end.

Selena Jammaz: Tell us what you do specifically at the Glimpse Group- are you working for a certain subsidiary, or wherever you’re needed?

Bracey Smith: I started out at Glimpse splitting my time between the subsidiary Early Adopter and my own subsidiary, Q PVR. I focused on VR development very much on both of those sides. I started to shift my skill set more to the overall experience design, because that was one thing that didn’t seem to be covered in the Glimpse ecosystem. Then recently, I moved out of the Early Adopter subsidiary, and I became the lead EI/EX  developer, and designer for the Glimpse company.

Selena Jammaz:How does is being a Glimpser allowing you to fulfill your creative passion?

Bracey Smith: It gives me exposure to a lot of the issues that I wasn’t seeing before, very much like the thought exercise of, “How do you build a virtual gallery?” and “What are the problems that come with it when you’re trying to scale?” Glimpse brings a whole new set of perspectives and things to consider, because you’re dealing with a lot of companies or organizations that want to leverage this new technology for their customers. All of these new considerations like, “How do you get them the hardware? How do you get them comfortable in the hardware? How do you create something that fulfills the needs of our client, but then also speaks to the diverse array of experience that people have with technology and virtual reality and, and different comfort levels?”

Bracey Smith: Being a Glimpser is like being a Gooney.

Selena Jammaz: What does the future look like with AR and VR?

Bracey Smith: The future of VR is the future of communication for humanity. It may not necessarily be in the form of a headset the way that we see it, and actually might be something beyond glasses sooner than we think. I’m trying to find “How do we remain mindful as we augment ourselves?” as opposed to being unconscious of what’s happening the same way that we didn’t really notice culturally what was happening to us with the advent of the smartphone. The new frontier is all digital, so VR in one way, shape, or form, is ultimately our future. And I think that future is a little closer than any of us should be comfortable with. All of that comes down to, “VR is inevitable”.

Realizing that VR and AR will eventually become a commonplace aspect of our lives, Bracey built on his original cinematic and animation skillset to accommodate these technological changes. With time, understanding how to enhance individual virtual reality experiences will become less of a puzzle and more of an obsession for perfection. A challenge that The Glimpse Group and its driven Glimpsers are ready to take on.

Bracey Smith is the lead Virtual Reality UI & UX designer at The Glimpse Group. For more information on what he’s up to, feel free to contact Bracey on LinkedIn.