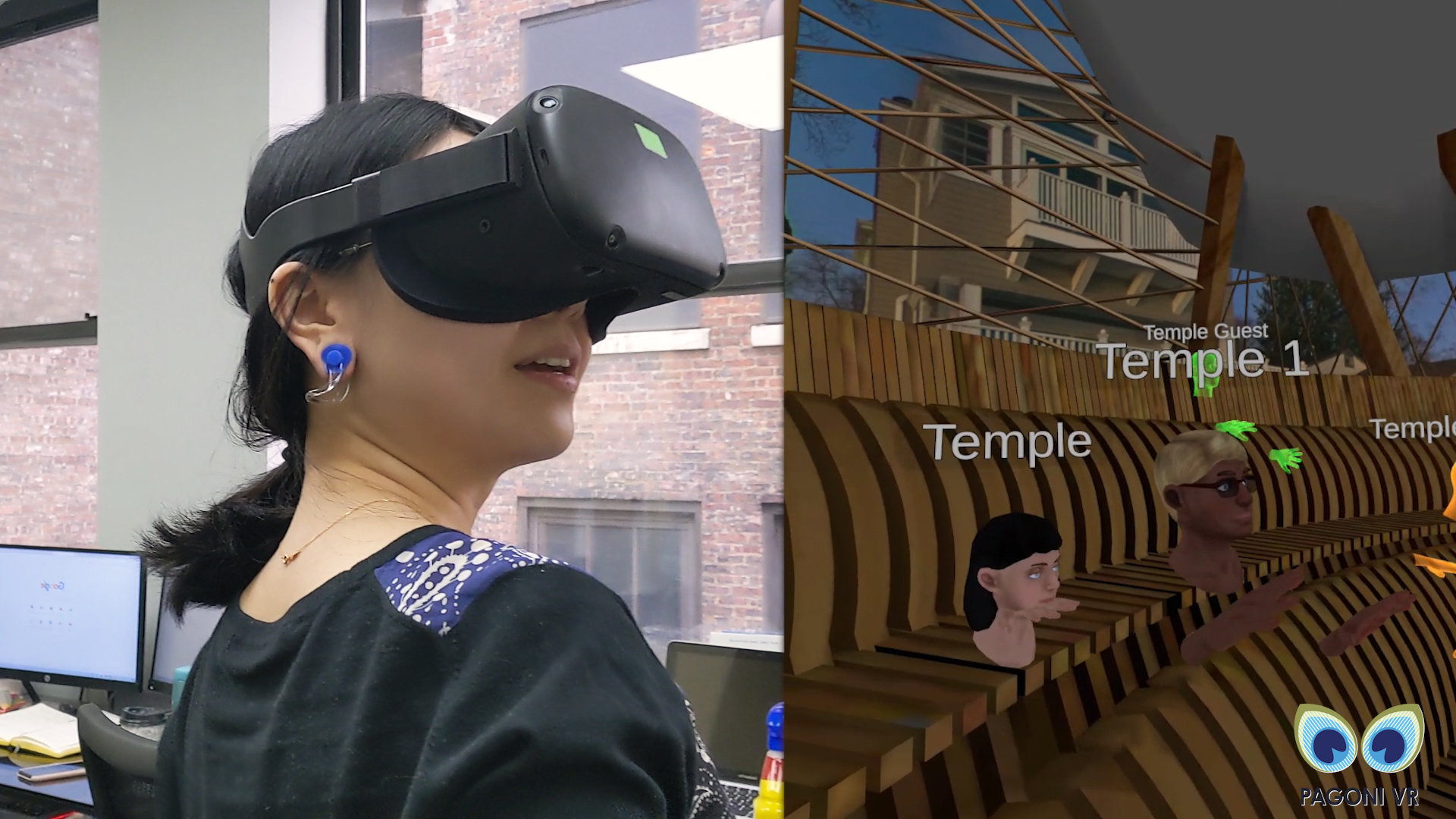 The Pros and Cons of VR Conferencing

With the recent cancellation of Google’ s 2020 Developer Conference, to concerts by popular bands like K-Pop group BTS,  to crowd less sporting events, the Coronavirus is putting certain parts of the world on pause. Major event organizers are increasingly distraught as they weigh their options. Do they host their event and make a profit? Or do they host their event and risk spreading a major illness?

Live event organizers do not need to be limited by the fears of “to host” or “not to host.” In the interest of keeping people connected and informed, Virtual Reality (VR) presents a new alternative for conferencing and event dilemmas.

For conferencing and event purposes, VR brings people together without having the inconvenience or risk of travel. VR Conferencing saves cost, puts attendees in distraction-free environments, and—for outbreaks like this—VR reduces the risk of spreading illness.

What is Virtual Reality? VR Conferencing?

VR can be described as a simulated or real-time experience that puts users in a world with entirely digital elements. VR can be used for a variety of applications, such as education, training, therapy, collaboration, entertainment, gaming, and more.

With the ability to be in customized environments that are free from the distractions and risks of our physical-world, VR creates an effective alternative for conferencing. People can be more productive and engaged while interacting in VR. A LoopUp study found that “people report wasting 15 minutes on a typical conference call.” Just because we can video chat or attend a physical conference, being “connected” does not equate to being mentally present.

After over a year of online meetings, a lot of people are experiencing “Zoom Fatigue”. VR offers an alternative to video by addressing its root causes like intense eye contact and limited mobility.

Unlike phone calls, video chats, or instant messages, attendees of VR conferences can be in environments that optimize learning, interaction, and connectivity. When people are in a VR headset, they are not looking at anything else. People are free from the temptation to check mobile push notifications or attention-sucking emails. VR conferencing gives people a new way to be attentive and alert when learning from others. VR also gives users another layer of connectivity. Users of VR conferencing can assess an interaction by observing another person’s body language.

Plus, with VR we can interact in ways that are not possible with physically present face-to-face interactions. Imagine virtually networking with another person and using VR technology to get additional overlays of information, such as that person’s job title or career interests. VR presents an entirely new way to network. These virtual experiences can drive interpersonal interactions and increase productivity in ways that are not possible with current communication methods.

Humans are spatial learners who learn best by doing. With video chatting or phone calls, a person may stare at their screen and passively interact with others. While they may be technically present, mentally they are not always focused. Our brains are powerful. When we interact with someone on the phone or in a video chat, our brains understand that this person is not physically present. Oftentimes, that lack of presence leads to our brains wandering during these interactions. We may walk away from a video chat or an email exchange knowing who we spoke to, but 5-minutes later be unable to recall the content of the conversation.

VR creates a dynamic learning tool that helps people feel focused and present while immersed. Cognitively, our brains process virtual communication differently than other forms of digital interaction. When we are immersed in a virtual environment, we are free from some of the more mundane distractions and annoyances of our physical world.

Immersion is one of the most powerful things about VR. Computer scientist Jonathan Steuer brought attention to the effects of immersion in his well-known 1993 paper titled “Defining Virtual Reality: Dimensions Determining Telepresence.” In the paper, Steuer defines telepresence as, “the extent to which one feels present in the mediated environment, rather than in the immediate physical environment.” With immersion, interactivity, and a distraction-free environment, VR optimizes how we understand and cognitively process new information.

This enhanced learning capability is especially useful for conferencing as people are in an environment where they are constantly gaining new information. When it comes to hosting mass gatherings of people, VR demonstrates some of the same benefits as in-person interactions — and more! Users of VR conferencing are saving costs, time, and they can interact in ways that exceed our current physical limitations.

How to Try VR Conferencing Today

VR conferencing’s benefits are untapped by current communication tools. According to Foretell’s Strategic Advisor Jonathan Collins, “As effective as Zoom, WebEx, or Slack may be at facilitating internal communication, they simply do not have the features and framework to replicate human interactions in a three-dimensional world. Virtual reality offers a persistent, social environment that allows vendors to present their products and services in real-world settings to a focused audience of one or many.  Attendees can participate in live panel discussions, attend networking events, participate in immersive marketing experiences, and negotiate deals in secure rooms all while feeling like they are truly attending a vibrant and active event.”

Pagoni VR‘s Chimera is a VR tool that brings local and remote attendees into the same space. Chimera presents a solution where event attendees from high-risk countries could virtually join a conference with physical attendees from countries that have a low-risk of an outbreak. The best part? With immersive 180-video, these environments are highly photorealistic.

“How does one avoid public places and still feed that human need for social interaction?” Giliberti said. “Over the last year, we at Pagoni VR have created a realtime VR180 video #vr hybrid environment that lets presenters interact directly with remote attendees that still feel they are in the same room, even if scattered throughout the world. Imagine every student feeling the teacher is talking directly to them while still interacting with their classmates, or a manager demonstrating how to perform a task while the department watches from home. Take a look at what we’ve accomplished with technology available to everyone today and imagine what this system can do for you in these uncertain coming months.”